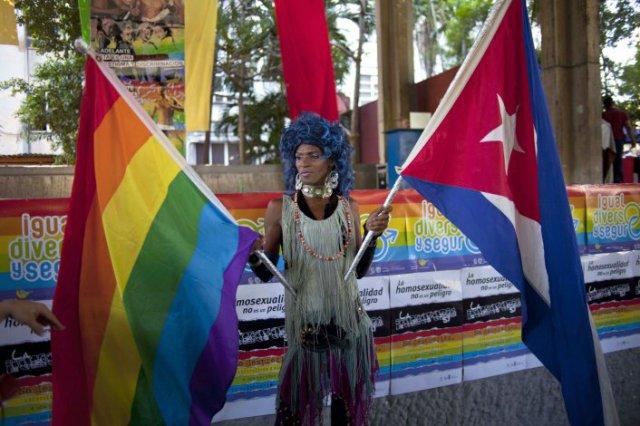 This fall Cuba is discussing the draft of its new constitution. The new constitution, drawn up by a special commission and then debated by the Asamblea Nacional del Poder Popular (National Assembly of the People’s Power, ANPP), is now open for public debate in local communities, as well as in work and study collectives.

Many issues in the draft proposal are up for debate, but Article 68, which would define marriage as a union between two people, regardless of gender, is one of the most controversial. As local newspaper Adelante reported, in the course of 2,374 discussion meetings, it was mentioned in all but 32.The current constitution defines marriage as a union between a man and a woman with the legal capacity to enter such a contract. But the new constitution simply states that marriage is the union between two people. Although the Family Code and Civil Code would need to be amended first, if Article 68 is approved, Cuba could have marriage equality in the near future. This would enable the country to realize the principle of equality before the law for every citizen—all rights for all people, no more and no less.

Facing this possibility, a strong opposition has emerged in Cuban civil society. On June 28 the Evangelical Pentecostal Church “Assemblies of God,” the Eastern and Western Baptist conventions, the Evangelical League of Cuba, and the Methodist Church of Cuba published an open letter denouncing gay marriage. “Marriage is exclusively the union between a man and a woman,” they said. The document was overflowing with religious fundamentalism. The public letter also decried “gender ideology,” and emphasized the ideas of rebirth and repentance, as well as the role of communism, the Soviet Union, China, Vietnam, and North Korea, in the Cuban constitution. Since then, other declarations along the same lines have continued to appear in the form of street campaigns, flyers, stickers, and social media initiativesthat promote the “original design” of the exclusively heterosexual family.

On August 29, the Roman Catholic Archbishop of Santiago de Cuba, Dionisio García, said changes to Article 68 “worried many,” and that “a large spectrum of people” reject the changes. García, also the president of the Catholic Bishop’s Conference of Cuba, made a list of all the negative consequences the amendment would cause. Among them, he included the ability of same-sex couples to adopt children and changes to education curricula. Meanwhile, the “Christian section” of one of the “weekly packages” of internet content that circulate throughout Cuba includes a video that quotes, from Genesis, “male and female/He created them” (Genesis 1:27), as an argument against marriage equality. The vieo was produced by Luz Visión, a production company of the Calvary Baptist Church

Activism against Article 68 hasn’t limited itself to traditional religious spaces in the secular country. The full scope of the anti-68 agenda remains unclear, but it seems to be growing. The most recent communiqué against Article 68, published on September 21, didn’t have four signatures like the first one. It had 21. New signatories included the Independent Evangelical Church, the Pentecostal Holiness Church, the Church of the Good News, the Apostolic Faith Church, and many others. No longer talking about “communist countries” like the previous letter did, it speaks of the “love of God,” the scientifically proven reality of “the binary structure of human sexuality,” the “divine institution” that is marriage, and the right of the Cuban Church to a “public voice.”

But the public and organized religious opposition to the bill has its limits. First and foremost is due to the secular character of the Cuban state, affirmed in both the current constitution and the new one. According to this rule, policies, norms, and state institutions must not pay heed or adhere to religious principles. Despite this, equality before the law, which should be a human right, will now be subject to consultation. Even though the state is secular, a majority of Congress will need to approve this human right.

Another obstacle for the opposition to Article 68 is that the National Assembly of the People’s Power has already approved it in the presence of its 605 members. However, that same body blocked the initiative to separate the institution of marriage from biological reproduction. The current constitution establishes that marriage “rests on the absolute equality of rights and duties of the spouses, who must attend to the maintenance of the home and to the comprehensive education of the children through a common effort.”

Deputy Mariela Castro Espín, who also directs the sex education group CENESEX, argues that this wording limits the definition of marriage to two purposes: homemaking, defined as producing offspring, and education. She proposed a different wording to clarify that the purpose of marriage is not only reproductive and that the constitution shouldn’t reflect that Catholic idea. On the contrary, the language surrounding marriage should reflect a common commitment of spouses. Her proposal was not accepted, and the original wording is now being used as an argument against Article 68: that same-sex couples should not be able to get married because they cannot have offspring.

In civil society, alternative voices have appeared. LGBTI and feminist groups have developed campaigns on social media, through audiovisual forms of communication, and through individual and collective statements. In contrast to the “original design” of God’s law, they are proposing a “Cuban design” of diverse families. Clandestina, the first Cuban designer clothing online store, and the Havana-based tattoo studios La Marca and Zenit Tattoo, have created alternative designs in favor of diverse families. In Matanzas, the Baptist LGBTI group Abriendo Brechas de Colores is doing systematic work for the rights of the LGBTI community. Op-eds on Article 68 appear often both in the unofficial press (such as OnCuba, Progreso Semanal and IPS) and in the official press, especially local newspapers.

Also, not all religious groups oppose the article. Cuba’s Metropolitan Community Church deviated from the anti-68 agenda, calling it fundamentalist and questioning its theological basis. In addition, in September the Christian Center for Reflection and Dialogue, based in Cárdenas, hosted a number of progressive Christian organizations—such as the Martin Luther King Center, the Oscar Arnulfo Romero Center, and the Student Christian Movement—to discuss religious fundamentalism.

The dispute that Article 68 has generated is not exceptional. In fact, Cuba is late to the game in its confrontation of issues related to sexual and reproductive rights, the recognition of diverse sexual identities, and similar issues. In Mexico, Colombia, Peru, Brazil, Ecuador, Chile, and several other Central American countries, these issues have been discussed for decades, with debates growing more virulent as time passes. In each of these contexts, there has been a similar surge of attacks against so-called “gender ideology,” a derisive term. In fact, the strategies religious organizations use against such proposals are quite homogeneous across country lines. One of them is the new, sometimes even innovative, use of slogans and ways of communicating. Another one is the use of secular, politically-charged rhetoric.

For example, in 2017 there was a debate in Ecuador about two legislative proposals: the health code and a law for the prevention of gender violence against women. In the midst of controversy, the Catholic and Evangelical Communities of Ecuador put forth an open letter addressed both to public authorities and to citizens in general. The document invoked Ecuador’s constitution, its “sovereignty,” “the millenarian roots” of the women and men of Ecuador, “the wisdom of all cultures” and “the social struggles for liberation,” and pitted them against all “forms of ideological colonialism.” It urged for “Citizen coexistence in diversity and in harmony with nature.” In this way, the letter made strategic use of progressive social rhetoric. Standing against the letter meant standing against the country’s “millenarian roots,” “sovereignty” and “the social struggles for liberation.”

For the Cuban case, substitute this for “struggles for independence,” “historical leaders of the Revolution” and “communist countries,” and the resemblance to the first letter published in Cuba is hard to deny. In this way, the debate and the strategies used by the detractors of Article 68 are not a local issue. However, they have particular consequences for Cuba.

For some, the controversy surrounding Article 68 is a veil obscuring other economic, political, cultural, and social debates of central importance for Cuba. These people consider this debate to be either a minor matter or one that is legitimate and important, but not central.

But defending Article 68 calls for seriousness, sensitivity, and clarity to understand how much is at stake: consistency with the principle of equality before the law, the defense of human rights, and the importance of attuning the constitution to reality.

Also, the debate about marriage equality gives us a glimpse into understanding the real Cuba. For the first time in many years, an unofficial voice reaching the whole country is debating an issue of collective interest and is organizing based on it. The churches acting against Article 68 are not isolated and they don’t ask for the permission of the public authorities each time they take a step. And although non-religious civil society in favor of marriage equality is certainly weaker and more fragmented, operating mostly through social networks and in much more limited spaces, it is also organized.

It is likely, then, that this debate sets a precedent. For conservative churches, it allows them to test their capacity for organization and advocacy. This could help them advance their agendas on other issues, such as the right to abortion, which is not yet legalized in Cuba although it is institutionalized. For other sectors of civil society, the debate tests their ability to activate, from below, their creativity in formulating strategies and their chances for creating alliances. For state powers, there is no going back; there is no chance to retreat now. Where unanimity once prevailed, it is now necessary to confront social fragmentation on a specific subject.

The debate on Article 68 is not a veil: it is the apple of discord in a situation where, in truth, there could be much more debate in order to reach a consensus. 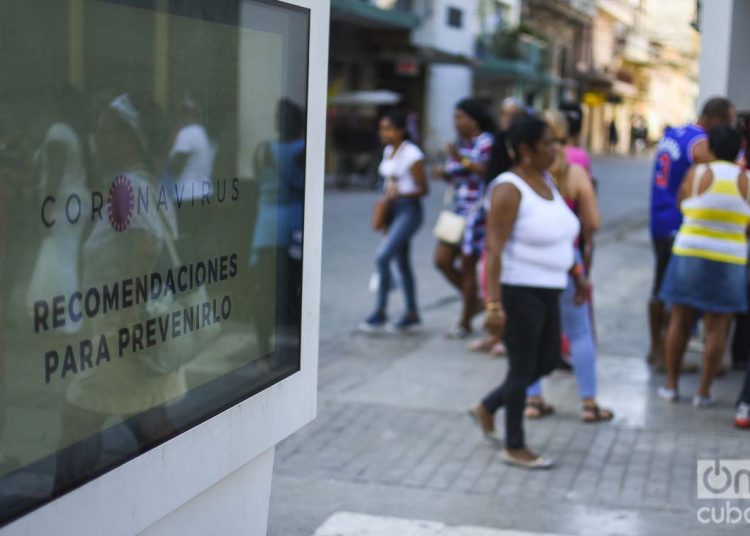 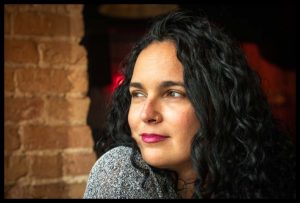 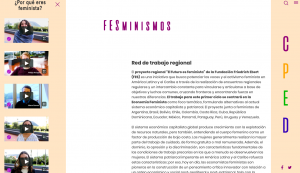 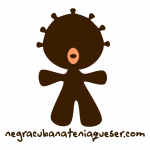